Women’s History of the Future: Reviews of Works by Okorafor, Brackett, and Le Guin 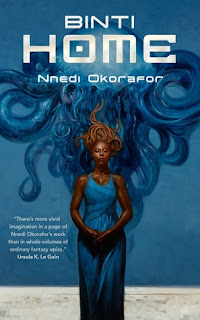 The three works in question are all relatively short, hovering near the border between long novellas and short novels.  Okorafor's Binti: Home is a longish novella while Brackett's The Nemesis from Terra and Le Guin's Planet of Exile are each really short novels.

This is my 200th post for Examined Worlds!  To celebrate this momentous occasion, I thought I'd pause to reflect a little bit. 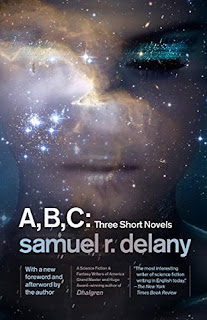 A, B, C is a nice omnibus collection of three early short novels of SF genius Samuel R. Delany. Each novel was originally written in the early 1960's, although Delany did some revision of Çiron in the 90's.  There's quite a bit in the way of forword and afterword written in 2014.  The afterword gets a bit academic, which may not be to everyone's taste, but then I suspect most serious Delany fans aren't the type to scared by citations of Derrida and Wittgenstein and lengthy footnotes.

Like most of Delany's early work (e.g., see my review of Nova), the novels are well written with hints of the depth of his later genius.  The Ballad of Beta-2 was my favorite, but I enjoyed the others more than I was expecting.  Sticking with the alphabetic contrivance of the title, I'll review them in order. 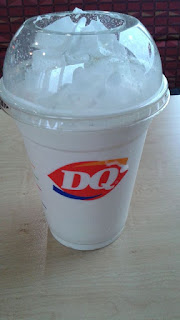 Today would have been my mom's 68th birthday.  Although she died almost 17 years ago, I still commemorate this day every year with a little tradition that she called her "recommended daily dose of Dairy Queen."  Today it was one of her favorites: a hot fudge malt!

As I took my maternal communion, I thought about how much I miss her and how much she made me who I am today.  As I usually do, I also pondered a lot of "what ifs?"

A Tale of Two Conferences: Con Nooga and Central APA


In the last few weeks I've been lucky to attend two conferences that correspond to the two sides of this blog: Con Nooga here in Chattanooga, TN and the APA Central Division Meeting in Kansas City, MO.

I had a great time at both events, but they conspired to put me a bit behind in my usual responsibilities (like grading midterm papers).  So rather than an elaborate report, I thought I'd offer a few highlights from my experiences at each conference.