The Horror of Ourselves, the Horror of the Unknown: Carrie by Stephen King and The Haunting of Hill House by Shirley Jackson

Last year I celebrated Halloween with a post on H. P. Lovecraft as science fiction and philosophy and one on horror movie reviews (including Crimson Peak and a bunch of Hellraiser movies).  This year I decided to read two classic horror novels to review here: The Haunting of Hill House by Shirley Jackson and Carrie by Stephen King.  The two novels are quite different, but they both touch on two kinds of horror: fear of the unknown and fear of ourselves. 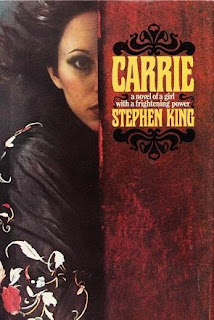 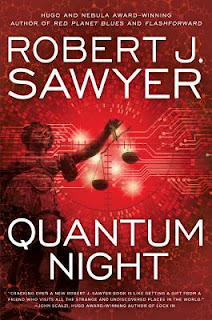 I briefly met Sawyer at Worldcon in Kansas City in August 2016 and told him I was a fan (especially of his Neanderthal Parallax and Mindscan, one of the first books I reviewed on this blog!).  When I mentioned that I'm a philosophy professor, he said I needed to read his latest book.  Now that I've read it, I can see why, because Quantum Night is an intriguing philosophical thriller on the nature of consciousness and morality.

As is usually the case with Robert J. Sawyer's work, this novel mostly takes place in Canada, involves a middle-aged scientist falling in love, and it's impossible to fully separate the scientific and philosophical material from the plot.

Sci-Fi Stoic Week 2016: Star Trek, Relationships, and the View from Above

For the past few years I've been participating in an event called Stoic Week.  This year's Stoic Week is a bit earlier than usual: Oct. 17-23, 2016.

The idea is to try living like a Stoic for a week by doing things such as contemplating interesting quotes from ancient Stoic philosophers and engaging in mental exercises.  You can find out more about Stoic Week, register, and download the handbook at the Modern Stoicism blog.  You can do the exercises any time (you might say they're timeless!), but it's fun to share your experiences with others on the Facebook group and the Google+ group.

Last year I wrote four posts for what I called Sci-Fi Stoic Week 2015 (see here, here, here, and here).  This year I'm not quite so ambitious, so I've decided to condense my Stoic Week blogging into one post (you're reading it!).

Since we recently celebrated the 50th anniversary of Star Trek and a lot of people (including me) have noted Stoic themes in Star Trek, I thought it would be nice to concentrate on Star Trek for Sci-Fi Stoic Week 2016.

Does Relativism Make Us Dumber and Nastier? 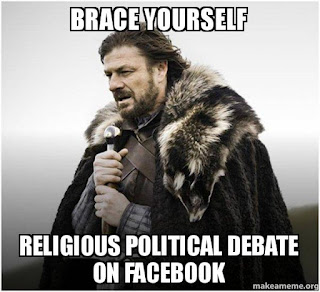 The main virtue of relativism is that it is supposed to make us more tolerant and open-minded as an antidote to judgmental closed-mindedness.  Perhaps because of this, relativism has become the default position of many college students, science fiction/fantasy fans, and other intelligent, educated people in our society.   It's supposed to be the crowning achievement of tolerant, sophisticated people, a victory over the dim-witted dogmatism of absolutists who seek to impose their views on everyone else.

But is this picture accurate?  I think it may not be.  In fact, I suspect that the type of relativism pervasive today may, contrary to its self-professed ideals, be making us dumber and nastier.
Read more »
Posted by Ethan at 4:26:00 PM 5 comments: 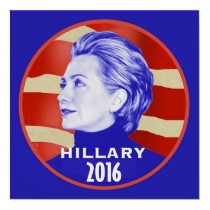 I don’t care how unpopular it is.  I’m just going to say it: I like Hillary Clinton.  I don’t think she’s merely the “lesser evil.”  I’m not voting for her just because I can’t stomach Donald Trump (although I can’t).  I think she is, despite her flaws and perhaps in some cases because of them, an admirable human being and a capable public servant.  The fact that so few Americans agree with me says more about our national discourse than it does about her.

Her biggest sin, according to many polls, is being unlikeable.  First of all, I don’t understand why we need our politicians to be likeable, rather than, you know, being good at their jobs.  Still, I honestly don’t understand this idea that Hillary Clinton is unlikeable.  Is she sometimes awkward?  Sure, but you know what?  So am I.  So are you probably.  That makes her more endearingly human in my book.  We can’t all have an 18 charisma, or, for non-D&D nerds, we can’t all be James Dean or Jay-Z.

Double Review! The Long Dark Tea-Time of the Soul by Douglas Adams/ Raft by Stephen Baxter

It's my first ever double book review post!  I'm reviewing two books by English science fiction authors with wild imaginations: The Long Dark Tea-Time of the Soul by Douglas Adams and Raft by Stephen Baxter.


The Long Dark Tea-Time of the Soul by Douglas Adams 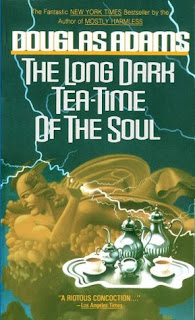 This is Adams's second book about Dirk Gently, a "holistic detective" who solves mysteries based on his belief that everything is connected to everything else.  Despite this theme of holistic connection, there's little explicit connection between The Long Dark Tea-Time of the Soul and the first Dirk Gently book, Dirk Gently's Holistic Detective Agency.  You could easily read the second without having read the first.  You might want to read them soon, since BBC America debuts a Dirk Gently series starring Elijah Wood on October 22 (See a weird trailer here.  There was apparently an earlier adaptation several years ago on regular BBC, er, I guess, BBC Britain, which I have not seen).

American Voters and the Fate of Us All: Eight Reasons to Vote with Objections and Replies

The US Presidential election is exactly one month away.  This means that our seemingly interminable and utterly bizarre campaign season is finally coming to an end.  What that end will look like will be determined by American voters, at least those who bother to show up.

I love voting.  I’ve voted in every Presidential and midterm election since I turned 18.  I have missed a couple odd-year local elections, and I feel terrible about it.  I intend to keep voting until I’m legally prevented from doing so.  I’ve never needed convincing, but apparently this is not the case for the roughly 40-60% of Americans who haven’t bothered to vote in recent elections.

I think everyone with the right to vote in this election should do so.  Why?  Here are eight reasons with objections and replies.  This is obviously addressed directly to my fellow Americans, but I’d love to hear from international readers, especially since our elections affect you, too.

Voting isn’t the only way to make your voice heard.  You could, for instance, start a blog!  I don’t even think making your voice heard is the primary reason to vote, but it is one good reason that might appeal to those with more deontological sensibilities.  Voting is one of the only places in society where everyone has anything approaching an equal say.  You don’t have that in your economic activity (where the wealthy reign supreme) or in most social or political organizations (where those with connections to the avenues of power have greatest influence), but you do have something like an equal voice in voting.  You owe it to yourself and your dignity to use it.