Questions About “Freedom” in American Politics 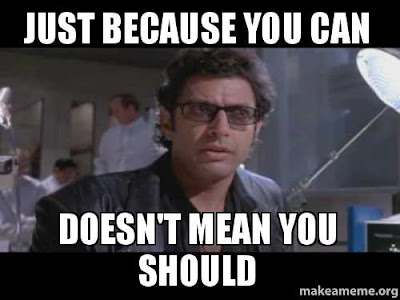 American political discourse is drowning in freedom. After 9/11, many politicians assured us that the terrorists hated our freedoms. The Tea Party modeled itself on the American Revolution (a bit awkwardly since the government they wanted freedom from was the same government established by that revolution). Advocates for gun rights talk about freedom more than anyone else, such that one might easily believe they think the fundamental Ur-freedom of all humanity for all time has always been to keep and bear deadly firearms. 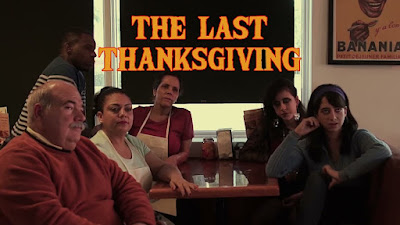 Last year I decided to watch some Thanksgiving horror movies (read about it here!). This year I decided to make it a tradition. I re-watched one of last year's films (Blood Rage), watched a sequel to one of last year's films (Thankskilling 3), revisited an old favorite (Addams Family Values), and found a new film partially filmed in the city where I live (The Last Thanksgiving).

Apologies to those outside the US, this is going to be focused on US Thanksgiving. But I hope everyone reading this is staying safe and doing their part to avoid spreading COVID whether they observed US Thanksgiving this week or not.

As I mentioned in my previous posts on Hugo votes, I was really scrambling to finish enough to vote for the novels and novellas this year, although I had the foresight to spend a couple weekends on the short stories and novelettes. I was definitely more in scramble mode for most of the remaining categories, and I only managed to vote in a handful of categories. You can see the full list of all the categories here.
Will I learn my lesson and start reading for the Hugos earlier in 2022? Honestly: no. But that's okay.
Here's how I voted! 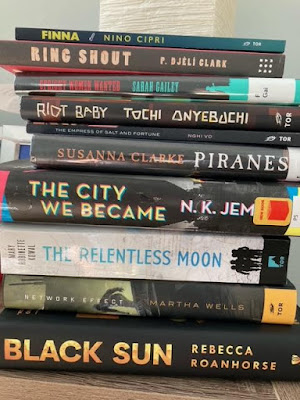 My 2021 Hugo ballot continues (see short stories and novelettes here) with novellas and the most high-profile category: novels. You can see the full list of finalists here.

As I've mentioned before, I've been voting for the Hugos for several years, and I rely on my Three Principles of Hugo Voting (but maybe not exclusively: I've been consistently inconsistent in the past and it would be inconsistent to change that now).

You'd think extending the deadline to November instead of the usual late summer time would help, but then you'd be underestimating my powers of procrastination and how busy a time November is in my academic calendar. I think I did pretty well this year considering how many categories there are. I was even more down-to-the-wire than usual this year, but it would be a full job in itself just reading all that stuff, so I'm not going too hard on myself.

So without further ado, here's how I voted! 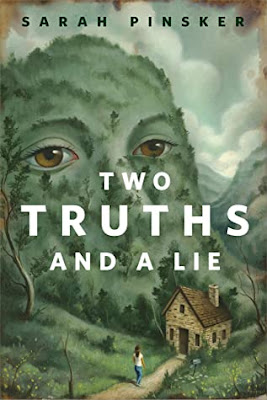 I've been voting for the Hugos for several years now, and I always put it off until it's too late to finish everything. In my defense, there's a lot of stuff on those ballots. Ballots are usually due around July, but since Worldcon was postponed until December this year, ballots aren't due until November 19. You would think that giving me another few months than usual would help , but since November is a busy time in my academic calendar, this didn't help as much as you'd think. In fact, it probably hurt. I'll be rushing to finish the main fiction categories, and may not get to as many categories as usual. Oh, well.

But I did have the foresight to sit down and read all the short stories and novelettes over a few weekends in September and October. And here's how I'm voting, based on the Three Principles of Hugo Voting that I came up with several years ago. And see here to see the full list of finalists.

I've already written about my initial impressions the new Dune movie, and before that about why the Dune series is one of my favorites. Just to round out this little series of Dune content, at last I'm writing a full spoilery review of Dune (2021).

I've been excited for this movie for years, so it may be no surprise that I've seen it five times already: twice in the theater and three times on HBO. Obviously I loved it. I've noticed new things every time, and my love for the film has only grown. 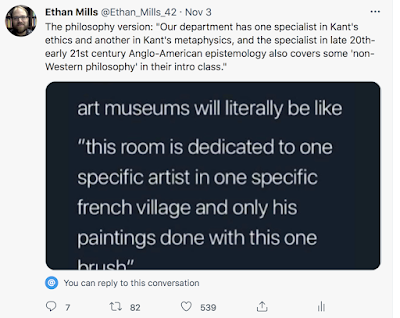 On Wednesday morning this week, I had a thought that mildly amused me based on another tweet I saw, so I turned it into a tweet. See above. Or see here.

I somehow have a bunch of followers on Twitter (about 1,900), but most of my tweets are lucky to get a handful of likes. I'm actually okay with that. To be honest, I got on Twitter in 2016 unsure of why I was doing so, and I have yet to figure out what I'm doing on Twitter five years later. I don't think at the speed of Twitter, nor have I cracked the code of going viral.