Since March is Women's History Month and it's still March (barely), I thought this might be a good excuse to say a little bit about the history of women in two traditionally male dominated fields: philosophy and science fiction.

Louis C. K. and Philosophy, a Book Review, and More


This week in the mail I received paper copies of the academic journal, Frontiers of Philosophy in China, and the book, Louis C. K. and Philosophy.  Why?  Because I published something in both venues!

Has Philosophy Lost Its Way? -- Vaidya on the Case of Indian Philosophy

I haven't cross-posted anything from the Indian Philosophy Blog here in a long time (the last time was this post almost a year ago).  The topic of the present post is somewhat related to one of my recent posts on this blog ("On the Shallowness of Modern Life -- Why We Think We Don't Need Philosophy, and Why We're Wrong").  Enjoy!

My philosophy colleague Anand Vaidya has written a series of new posts over at the Blog of the APA (American Philosophical Association). Anand is responding to some recent discussions about the value of philosophy as a discipline and whether philosophy has, as Robert Frodeman and Adam Briggle put it, "lost its way." In Part One, Anand explains that much of the discussion revolves around two differing trajectories that Western philosophy has taken. 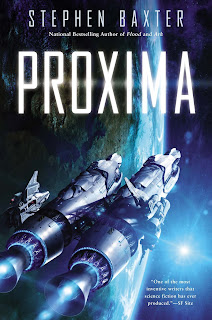 So if you're going to write hard SF about interstellar travel, you're going to have to do it without the space opera magic of faster than light travel -- no Star Wars-style hyper drive or Star Trek-style warp drive allowed!  Hard SF reminds us that traversing the mind-devouring abysses of space between the stars would not be easy.

Kim Stanley Robinson's Aurora, Stephen Baxter's Proxima, and Ben Bova's New Earth are very different books, but they all offer versions of a syllabus for a course I'd call "Interstellar Voyaging 101."  If we are going to travel to other stars, how might we do it?  What would it take?  How would it affect us?  And most importantly: why would we do it and should we?

On the Shallowness of Modern Life -- Why We Think We Don’t Need Philosophy, and Why We’re Wrong

Almost anyone who teaches college philosophy classes will tell you that various forms of relativism are all the rage these days.  Whatever philosophical questions you might ask – What is good?  What is true?  What is beauty? – the answer for many students will be a shrug of the shoulders and the blasé refrain, “Whatever you believe is true for you.”  I call this shoulder-shrugging relativism.

In Memory of my Mom on Her 67th Birthday

I’ve discussed my mom a few times on the blog, on her birthday exactly one year ago and on the 15th anniversary of her death.  As I said in the first post, my mom made me who I am today, and as I mentioned in the second post, there may benefits to public commemoration, to sharing one’s grief with others.

Another thought occurs to me today, what would have been her 67th birthday.  The process of grieving itself has also made me who I am today.  All those years ago the funeral director told me, “You’re never going to stop loving your mom.”  He was right.  The sting of grief has abated somewhat over the years, but I still love my mom and think about her frequently.

Grieving over the years has probably made me more appreciative of my loved ones and more conscious their mortality and my own.  It has made me more empathic toward others going through their own grieving processes, especially if they’re young people who lost a parent (I was 23 when my mom died).  I went to a talk the other day about using narratives to help breast cancer patients, and I was overcome by memories of my mom’s struggles with the disease and empathy for people there who had had their own struggles.
Read more »
Posted by Ethan at 1:38:00 PM 3 comments:

Has Political Correctness Run Amok? Does It Exist?

Few issues have ignited the internet like political correctness.  It's classic Culture War stuff that encroaches into territories of free speech, diversity, the ethics of discourse, politics, education, and even science fiction fandom. With US Presidential candidate Donald Trump currently discussing political correctness on a regular basis at his increasingly violent campaign rallies, the issue is more pressing than ever.

I've been thinking about a post on this topic for months.  I've been collecting articles to cite, looking at specific cases, jotting down ideas, and even crafting clever lines (the most important part).

But in doing so it has occurred to me that the problem with the current discourse about political correctness isn't that people aren't giving enough answers.  The internet and Trump rallies are chock full of statements about the topic.  We don't need more answers.  The problem is that we aren't asking enough questions.

So here are some questions that I think we ought to ask.  Riffing on Immanuel Kant, I'm tempted to call this "A Prolegomena to Any Future Discourse about Political Correctness."

The Swirling Depths of First Contact: Lagoon by Nnedi Okorafor 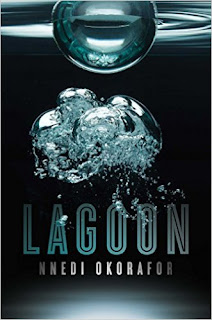 I enjoyed Okorafor's Who Fears Death and The Book of Phoenix, but her First Contact novel, Lagoon, is my favorite of her books so far.  Of the many amazing things about this book perhaps the most amazing is just how much is going on. Okorafor manages to juggle dozens of stories in a relatively short book, giving enough details to keep the reader intrigued about the arrival of extraterrestrials in Lagos, Nigeria without losing any of the threads.  It's not always immediately clear what's going on, but a First Contact story shouldn't be any other way: First Contact with extraterrestrials would be anything but a clearly-defined situation.

I can't decide if the appropriate metaphor for the structure of the narrative is a many-layered egg or an ocean of swirling depths.  Going with the egg, the yoke of the plot revolves around three characters:  Adaora, a marine biologist in a troubled marriage, Agu, a soldier with a strong moral compass, and Anthony, a Ghanaian rapper.  Moving outward from there, we meet a wide cast of characters including a "witch slapping" preacher, an LGBT group, and the president of Nigeria.  Those are just the humans.  We also get several animal POVs, which were some of my favorites.  The shell of the egg is a narrator who is revealed later on (I loved this part, but to say more would be an unforgivable spoiler).