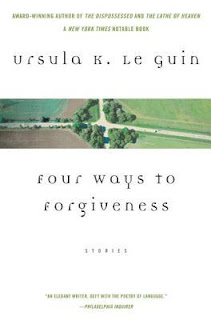 I put off writing my review of Ursula K. Le Guin's Four Ways to Forgiveness for a week. Some it was that I was busy (with Con Nooga and other things). But I didn't put it off because I didn't like it. I loved it. Yet here's the thing: what to say about a Le Guin novel set in the same universe as The Left Hand of Darkness and The Dispossessed? Okay, actually I have a lot to say about Four Ways to Forgiveness, but everything I say feels shallow compared to the depths of Le Guin's work. 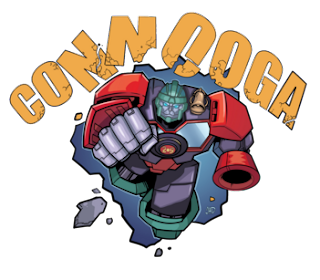 I just realized two things that precipitated this post. One, we're several weeks into the year, and I have yet to make a silly joke about seeing 2020. Two, Con Nooga is tomorrow! If you're not in the know, Con Nooga is a great multi-fandom con that happens every February here in Chattanooga, TN. This year it takes place Feb. 21-23, 2020. 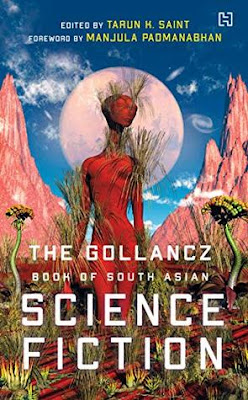 I wholeheartedly recommend The Gollancz Book of South Asian Science Fiction, Edited by Tarun K. Saint not because I loved all the stories (I didn't), but because this is a valuable anthology and a place to start for someone looking to learn more about science fiction in South Asia. 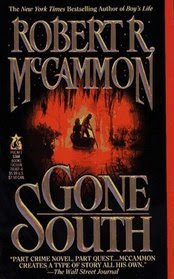 I picked this up because I recently met the author at Chattacon. I was even on a panel with him! He was super cool, and it was an honor. This was my first book by Robert McCammon, but I'll definitely be reading more of him in the future.

Gone South is weirder than it might sound, and it's probably more fun it has any right to be. Dan is a down-on-his-luck Vietnam vet who accidentally kills a man and goes on the run. He's followed by a bounty hunter who has an unspeaking, half formed conjoined twin on his side (think Kuato in Total Recall, but with a gun). The bounty hunter's partner is--wait for it--an Elvis impersonator with a pet bull dog named Mama. And after a large number of seemingly random adventures, Dan meets up with Arden, a young woman in search of a healer to take care of a large birthmark on her face. And it all just gets wilder from there as they all make their way to the Louisiana bayou.

On the Need to Fall Silent 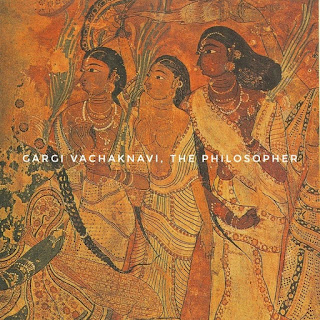 I’m currently teaching a class called “Ancient Women Philosophers: India and Greece,” which is interesting for many reasons. I’ll get to some of those reasons in another post.

In this post I want to talk about the sage Gārgī Vācaknavī, who is one of the few women to appear in the Upaniṣads. I’m particularly interested in why she fell silent, and what I think we might learn from this today.
Read more »
Posted by Ethan at 12:54:00 PM No comments: