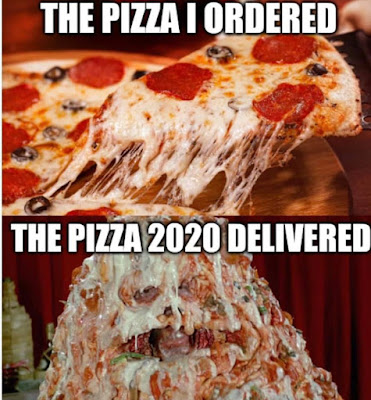 My pandemic journal has reached Part 10 here at the end of June 2020 (see the previous entry here). I have more memes, of course, including a few random ones that aren't immediately related to current events. Enjoy!

"Politics by Means of Literary Analysis": A Memory Called Empire by Arkady Martine 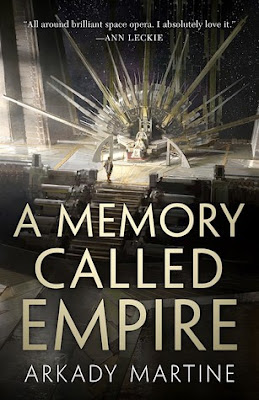 Recently I was talking to a friend who has been reading the Dune series, and I noted that you don't see many books that try to emulate Frank Herbert's Dune. The Dune books are weird and work in a way that wouldn't work for any other author. Most classics spawn lots of imitators or even their own sub-genres. While you see a lot of space operas out there, none of them have come close to being much like Dune in the last 55 years.

It's not that I was looking for a Dune rip-off (nobody should really want that). But I was excited to read Arkady Martine's A Memory Called Empire because it sounded like it might be jumping somewhere near Dune space with a far future space empire filled with a melange of cultural influences. It even has epigraphs from historical documents before each chapter. And as I suspect is the case with many Dune fans, having a glossary at the end makes me roughly 37% more excited to read any science fiction book.

Then I saw the blurbs on the inside cover comparing it to Ann Leckie or Yoon Ha Lee. These are also apt given the space empires in both authors' works, especially with one particular idea that's very similar to an idea Lee uses in Ninefox Gambit.

While one could make those comparisons, in the end A Memory Called Empire is its own thing. And this is a wonderful thing. Once I realized this was not an imitator or merely a riff on old themes, I could let the book speak for itself and appreciate it for the unique work that it is. This is the first of the Hugo Best Novel nominees I've read this year, and I have a hard time believing any of the other nominees will come close to beating it.

My series of collections of my random thoughts started in December 2018 and shows no sign of letting up. With my previous entry, Part 9 (Pandemic Edition), I noticed that I had almost reached the milestone of 200 random thoughts presented in posts of 20-ish thoughts per post. I decided to wait for one of my most random thoughts to serve as number 200. I'm not sure I succeeded, but it is about a weird random thing I've been doing for decades that may be randomly philosophical and then goes meta- ... so it seems like a good candidate. Enjoy!

Every year since I started voting for the Hugos in 2016, I've told myself that next year I'm going to start reading earlier. And every year, like clockwork, I fail to do so. I've got until July 15 to finish this year, so I'm procrastinating according to plan.

I've grown fond of novellas lately: long enough to get into a story, but not so long as to grow tiresome. You've got to start someplace, so this seemed like as good a reason as any to start with the novellas this year.

Juneteenth and Becoming a Decent Country


Earlier today I posted this on social media:

Making Juneteenth a national holiday and removing Confederate monuments are literally the least we could do toward becoming a decent country.

I read the first two books way as a teenager and then set aside the series for over 20 years. Then in 2017, after hearing from a lot of people how much they liked the series, I decided to try it again. I read the first two books to get ready for the 2017 movie. I didn't hate the movie, but I was oddly intrigued by the books. You can see what I thought about the movie and the first two books here. I wasn't completely hooked until I picked up the third and fourth books. And definitely by finishing the fourth book (the longest in the series), I was hooked and finished the series in several months. I was reading other stuff, too. I'm not a binger by nature, but I could easily have read the whole series back-to-back. 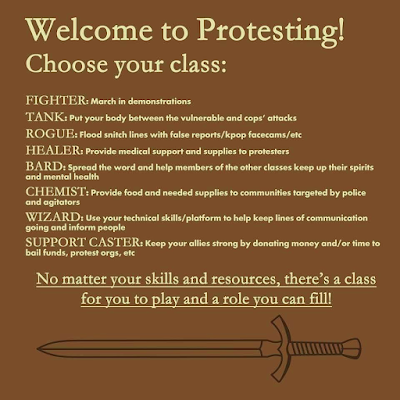 My pandemic journal continues (see my previous entry here). It's an understatement to say that a lot has been happening the last couple weeks. If you don't know what I'm talking about, you'll see. And of course, there are memes.

Confucianism and Dystopia: An Excess Male by Maggie Shen King 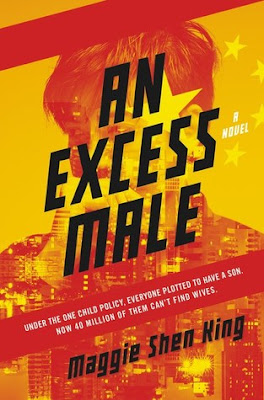 I picked up An Excess Male by Maggie Shen King after heard an interview with the author on the Geek's Guide to the Galaxy podcast a while back (this was all pre-pandemic, so this became part of my book hoard that could theoretically keep me reading for several years). I decided to read it in May as a nod to Asian Pacific American Heritage Month.

The Chinese government's controversial one-child policy began in 1979 and ended in 2015, but it will have a legacy for decades to come, particularly in the creation of a large class of unmarried men, namely, the excess males of the title.