Since today is the last day of the month, I figured this was a good cut-off for a series I had no idea I would be starting at the beginning of this looooong month of historic proportions. See my previous entry here.


March 2020: The month the human race came together and collectively sighed, “Well, fuck.” 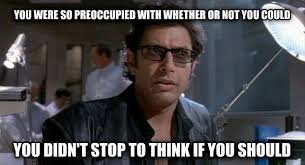 I see a lot of professors struggling with video lectures for our sudden conversion to online classes, so here's a bit of heresy on my part: video lectures aren't really required in online classes. You don't have to do them. They're maybe not the best use of everyone's time right now (especially ours). 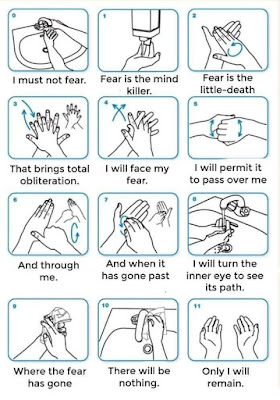 My COVID-19 Journal continues, this time even more rambling than before! See previous entries here and here. 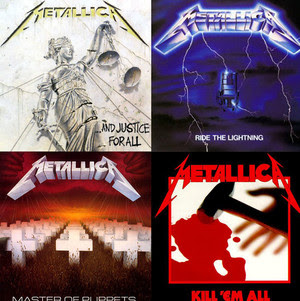 Here's the second in my series of COVID-19 journal entries. You can read the first one here.

Somehow the four albums Metallica released in the 1980’s have been in especially heavy rotation in my listening the last few days. They’ve almost become a COVID-19 soundtrack for me.

I was wondering why, so I thought maybe there’s something appropriate about some of their songs. I should preface this by saying that I’m really bad with lyrics, even of songs that I have regularly listened to for 30 years. (Strangely, this does not apply to Weird Al.) Feel free to fill in the gaps with your knowledge of Metallica lyrics. 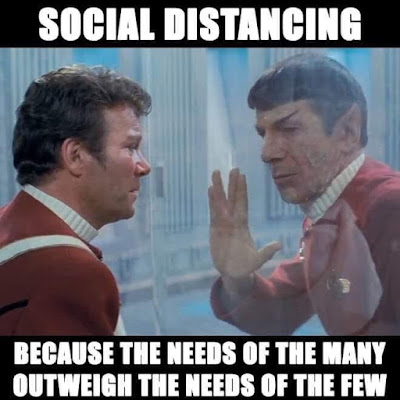 Yesterday I started keeping a journal for the first time in about 20 years. And now that I have a blog, I figured I might post some of it here. The first entry is a bit long and a bit rambling, but it's my attempt to capture some of what I've been doing and thinking in the unprecedented times of the previous week.

I woke up with an idea today to write down a little bit about what’s going on during this global pandemic. As a way to document it, process it for myself, work through ideas… I’m not sure. 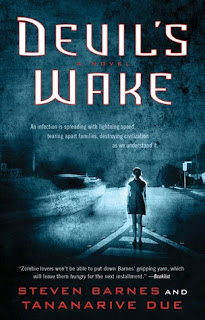 Devil's Wake is an interesting take on the zombie genre from horror/sci-fi power couple, Tananarive Due and Steven Barnes. It's maybe not the most unique zombie story out there, but it does have something closer to philosophical zombies than most and of course raises interesting questions about the ways in which humans depend on each other. It took a while, but the characters really grew on me, too. This novel is based on Due and Barnes's earlier short story called "Danger Word."

The basic plot: teenage girl Kendra is on the run from a zombie outbreak (including some heartbreaking scenes involving her family) when she meets up with a small group of other young adults (with some good representation of characters of diverse races and ethnicities). They go on the road in search of a place where civilization has found sanctuary.

Due and Barnes explain in their postscript that part of what they were trying to do here was to delve into the ways that human beings depend on one another. This may seem at odds with the hyper-survivalist ethos of most zombie tales, but notice that in most zombie stories the protagonists get by with a little help from their friends.

But how do you tell who your friends are? That's the catch, of course!

One of the scariest things about this novel is also one of the most philosophically interesting: even after they are infected (usually through a bite), zombies can still talk like their old selves for a while. Creepy!

Philosophical zombies, as popularized by philosopher David Chalmers, are a thought experiment meant to make a point about consciousness: if you could imagine creatures with all the same physiological processes as humans and who act and talk just like humans but without a sense of first-person phenomenal consciousness (or "what its like"), does this show that consciousness cannot be reduced to or fully explained by physical processes? Or as philosophers would put it, does the conceivability of this type of zombie mean that physicalism is false? (For more on philosophical zombies, see here).

Philosophy (and philosophical zombies) can be plenty scary, but I think Due and Barnes have made something just as unnerving. While you might be interacting with philosophical zombies every day (and thats plenty unsettling to contemplate), at least they're not going to bite you and turn you into one of them!


My series of posts on my random thoughts continues to roll randomly along... Now get ready for Part 8!

147. I don’t really feel like I fit into the discipline of philosophy, but it’s not so bad because I’ve never really felt like I fit in anywhere else, either.

148. Nostalgia both distorts the past and limits the present.

149. You’re supposed to become more of a morning person as you get older, but in the last 20 years I’ve gone from “I’d rather not do this in the morning, but I will be there” to “I am unavailable before noon.”

150. There seem to be two main responses to attempts to make philosophy curricula more inclusive: “Cool, let’s try it!” versus “I don’t know, is that really philosophy?”

151. I like arguments and discussions, but most of what happens these days is bickering, which is a great deal more exhausting and pointless.

153. Bickering looks like argument, but it is a simulacrum of argument.

154. There must be a test to tell the difference between fighting the good fight and being pointlessly combative, but I’m not always sure what it is. Maybe it’s this: is the other person a potential ally or are you making a point for the sake of an audience?

155. When did it become cool to hate things?

156. Something in a society has gone deeply wrong when it becomes possible for many people in that society to sincerely believe that caring about other people is unnatural or irrational.

157. A possible definition of philosophy: Philosophers are people who spend the most time thinking about the things most normal people think about the least.

158. Alternatively--Philosophers: We think about stuff so you don’t have to!

159. I figured out something that bothers me about the way many people interact offline but especially online these days: a lack of self-deprecation. There is plenty of giving other people shit for the purposes of raising one’s self-estimation, but little of this shit is reserved for oneself. But what do I know? I’m not very observant.

160. I think in some cases a lack of self-deprecating humor indicates a much deeper character flaw. It shows that a person is incapable or unwilling to reflect on their own limitations and fallibilities; they don’t see themselves from a comedic distance, which often demonstrates a lack of empathy or ability to imagine others’ perspectives.

161. Someone mentioned this already, but I keep seeing it happen that in recent years parts of the American left have become more like the problematic parts of the right: a persecution complex, with-me-or-against-me dichotomies, go-for-the-jugular straw man arguments, repetition of manufactured attack points, jokes/memes that are more mean than funny, the idea that not changing one’s opinions over time is somehow inherently a good thing, approaching all discussions as combat… But all of this is combined with a thoroughly leftist tendency to eat one’s own, so the left failed to learn the one actually useful lesson from the right: the value of putting aside minor differences for the sake of gaining greater political power.

162. Some enduring mysteries of the universe:
Why is it so hard for some people to use their turn signals?
How do people get ear buds to stay in their ears?
Why don’t students do the reading?
Why are some foods considered breakfast foods?

163. Maybe things have always been like this, but it seems that these days many people adopt a sort of non-intellectual fideism about all of their beliefs, not just religious ones: they just kind of have their beliefs, come what may. Because of this, the penchant of philosophers (especially philosophy teachers) to ask what your beliefs mean and how we could know they are right is likely to sound like complete nonsense—you possess beliefs, you don’t examine them!

164. I feel this is a possibility too easily ignored: maybe everybody is wrong, even me.

165. A strange trend in conspiracy theories in recent years: “It appears that many other people like a politician I don’t like. A malevolent conspiracy is the only possible way to explain this appearance.”

166. How much of our notions of popularity and related ideas (electability, etc.) are based on the small and non-representative sample of “people I know on social media”?

167. Getting a PhD keeps you young: it gives you the student loan debt, income, and career stage of a much younger person.

168. One of the sad things about the last several years of American politics is that the list of people I can’t really talk to about politics now includes many people I mostly agree with.

169. Politics and economics are two areas of human activity in which people think they are being rational, but are often based on unfounded assumptions, sloppy conjectures, and wishful thinking. What’s weirdest to me, though, is that anyone thinks economics is more rational than politics.

170. Righteous indignation is not always the correct response to disagreement.

171. You can tell a lot about philosophers by what they think the besetting sin of philosophy is. For me it is dogmatism, which I guess maybe explains my fondness for skepticism.

172. How much human misery is caused by convincing ourselves we know things we in fact have no business claiming to know?

173. “Western philosophy” is not a natural kind.

174. I’m partially colorblind, have no eye for design, and am almost completely fashion-blind. These things may not be unrelated.

175. The sad thing about the lack of trying to take another person’s perspective that seems common these days isn’t that people are incapable of doing it, but that they don’t even seem to want to try.

176. I’m not a very good skeptic. I have lots of opinions. But sometimes my skeptical tendencies stop me from sharing them too widely or too forcefully.

177. A bit of skeptical therapy for election seasons: Nobody actually knows what the results of an election are going to be before it happens. “Electability” doesn’t really mean anything, and it says more about the people using the label than the person it applies to. Using past elections to predict future elections would require more understanding of what happened in the past than most of us possess. A general sense of foreboding doom may be unavoidable for various psychological reasons, but it shouldn’t be based on knowledge of future events that none of us possess.