Ursula K. Le Guin died on Monday at the age of 88.  She was, as I’ve said before, “a national – nay, international, nay, intergalactic – treasure.”

I’ve often wondered why people mourn celebrities the way we do in our celebrity-obsessed age.  After all, I didn’t know Le Guin personally.  Sadly, I never even met her once.  But I have to admit that her death has hit me pretty hard this week.  (I’m not the only one: see this list of SFF authors’ commemorations).

Le Guin combined literary beauty with philosophical depth in a way nobody else ever did, nor, I suspect, ever will again.  She could make you feel as deeply as she could make you think.  She could wiggle into your consciousness to plant seeds of questions and ways of seeing you had no way of imagining, at least not before she had cast her authorial spell.  She possessed the ansible that could communicate directly with the reader’s deepest core of being.  Her dreams could change your reality.

I think Le Guin’s work has meant a lot to me because Le Guin was not merely an entertainer.  She was an educator.  Her work contains profound lessons for those open to learning them. I thought that the best way to commemorate her on this blog would be to list some of the lessons she has taught us and will continue to teach us as long as people keep reading her work.  (It is a bittersweet coincidence that I will for the first time be introducing students to The Left Hand of Darkness in my philosophy and science fiction course this semester).


Last weekend I attended Chattacon, a nice little speculative fiction convention here in Chattanooga, TN, USA.  As I've written about before, cons are vital for the community of science fiction/fantasy/horror fandom as a place to meet other fans and let your geek flag fly proudly.

Here are a few highlights from my experience at Chattacon 43.

This weekend I'll be attending Chattacon 43, a nice little speculative fiction convention here in Chattanooga, Tennessee, USA.  Last year I said I might volunteer in the future.  The future is here!  I volunteered to serve on some panels, and the Chattacon folks put me on the following.

You can see the whole programming schedule here.  I even have a bio on the list of panelists!

There's also lots of other fun stuff to do.  Just check out the website.  Mostly I'm looking forward to spending some time with my people (i.e., SF/F fandom).

Maybe I will see you there this year ... or in the future! 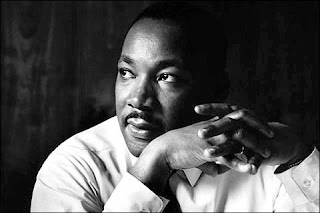 I think King's ideas are as relevant as ever in our current Trumpian, bigotry-resurgent times.  These days it often seems that my country and other parts of the world are deliberately moving against everything King stood for, which makes being familiar with King's actual ideas all the more important.  As his daughter Bernice King said in a recent tweet,  "Let's be weaned off of MLK-lite."

It's time to continue my tradition of a "Best Of" movie list in the form of "the Good, the Bad, and the Mediocre."  (See my lists from 2016 and 2015).  I saw a lot of pretty good science fiction and fantasy movies in 2017, but I haven't been able to rank them as exactly I have ranked movies in past years.  So instead I'm separating the good, bad, and mediocre into separate unranked categories.

Also, I'm only reporting on movies that are at least in a broad sense science fiction or fantasy, although I was tempted to include The Disaster Artist because I'm pretty sure writer/director/producer/actor Tommy Wiseau is an extraterrestrial.

If I could find a uniting theme of most of the movies discussed in this post, it would be about change and how we should react to it.  Maybe this is a sign of our changing times?  Maybe I'm making stuff up?  You decide! 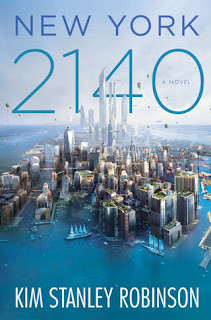 I always enjoy reading Kim Stanley Robinson.  I'd probably enjoy reading his grocery list.  Still, I wasn't sure about this one.  I bought this a few months ago, but I kept putting it off due to its size and subject.  Still, I can report that I really enjoyed New York 2140, more than I thought I would to be honest.

I'm a huge fan of Kim Stanley Robinson (KSR).  His Mars Trilogy is rightly praised as a science fiction classic.  His more controversial book, Aurora, was my favorite book of 2015, maybe one of my favorite science fiction books of all time.  I've also loved 2312, Shaman, Galileo's Dream, and The Years of Rice and Salt.

Now that I've established my status as a serious KSR fan, it may be surprising to hear that I couldn't get too excited about New York 2140.  It doesn't take place in space or on another planet, for one thing.  Also, New York City is an interesting place, but c'mon, the city gets more than enough attention in, you know, all media on planet Earth.  Although many New Yorkers don't seem to believe this, there are other interesting places.  While the climate change aspect sounded interesting (if depressing), much of the rest of this 600+ page novel is about... finance? Really?

I'm happy I put aside my worries and plunged in, anyway, because I really did enjoy the book.  Is it my favorite KSR book?  Not even close.  But even a mediocre KSR book is better than most anything else.

Let's get the bad stuff out of the way first.  While a lot of the pages are honestly delightful in KSR's geeky, kooky way, the book is a bit too long.  The stuff on finance is more interesting than I thought it would be, but not interesting enough to support a novel.  It's not that I disagree with anything KSR seems to be implying (by all means, let's stop rewarding the assholes who destroy the world economy every few decades).  I personally just don't find economics all that interesting.  I've never even warmed to Marxism, because even viewing things in non-capitalist economic terms bores me. I understand that economics is a part of life, and like KSR, I harbor the deep suspicion that we could easily find a way to provide for everyone's needs if we stopped letting stupid, greedy people make our economic decisions.  But for whatever reason I can't geek out about economics the way I can about other things like physics, biology, and (of course!) philosophy.  Maybe it's that I've never much cared about money or property beyond what I need to be comfortable (besides books, which I hoard like dragons and one-percenters hoard wealth); I basically want other people to think about economics enough to get me what I need so I can think about other stuff.

The deeper problem, though, is that the treatment of finance and economics in New York 2140 is far too ... contemporary.  The frequency and depth with which the characters discuss the 2008 financial collapse, for example, doesn't feel plausible for a book taking place 120 years in the future.  KSR is usually good about making his future characters relatable yet distant, which made this aspect of the book particularly jarring.

Aside from these issues, I really loved the novel.  The climate change angle is interesting.  I'm not familiar enough with local New York geography to appreciate everything, but the idea of lower Manhattan flooded into a "SuperVenice" is pretty cool.  I always enjoy KSR's little humorous touches, like the trouble-making Twain-esque boys Stefan and Roberto and the frequent dissing of Denver (as a stand-in for people who moved away from drowned coastal cities).  His quirky characters are always fun.  I really loved Amelia, the blimp pilot with a nature show on the web, Vlade, the cranky superintendent of the Met Life building, Charlotte, the lawyer with big plans, and of course "the Citizen," a mysterious character who directly addresses the reader and gives KSR a chance to info-dump with jokes (a nice touch that reminded me of his info-dumping work around in 2312).

Most of the main characters live in the same building: the Met Life building at Madison Square, which is more of a lake in 2140.  Apparently the concept of a novel focusing on a single building is a thing, according to KSR himself in this interview on the excellent podcast Imaginary Worlds.  The characters get around in boats, since the flooded streets are now canals.  There's also a lot of homelessness and buildings are wont to collapse in the water.


For all the dismal effects of climate change and economic disparity, you might think this is a dystopia.  But it's not.  Nor it is exactly a utopia.  Maybe plain old topia?  The people of 2140 are getting along alright, maybe not quite as well as middle class people of 2018, but it's not exactly Mad Max, either.  The super rich of both times, of course, are more than fine.  My method of distinguishing utopia from dystopia is whether I'd give up my relatively comfortable life to live in that world.  I probably wouldn't in this case, but I'd be tempted, because the people of this world, at least the ones we meet in the novel, seem to be a bit more generous, intelligent, and interesting than most of us.  They also maybe make some key decisions to turn toward a utopian direction (as opposed to our apparently deliberate turn to dystopia in recent years).

Another nice touch of New York 2140 is how KSR puts the city and its people in its historical context of famous New Yorkers like Teddy Roosevelt, Herman Melville, and Walt Whitman and of course the landmarks of the city itself.  Although New York is a different place in 2140, it's still New York (and thankfully, not Denver...).  My favorite science fiction taps into a larger historical understanding (think of Frank Herbert's Dune or Ada Palmer's Too Like the Lightning), but New York 2140 accomplishes this by anchoring the novel in a single city.

This historical sense reveals, I think, KSR's deeper optimism (perhaps even utopianism).  Climate change is going to suck for our descendants.  A lot.  Human-made economic disasters seem almost as inevitable.  But through it all, humans will continue to love, laugh, form bonds with one another, and maybe even engage in a little treasure hunting (did I mention the treasure hunting?).  While the world KSR paints here isn't as rosy as some, it's not completely terrible, either.  Imagining a future like this inclines me to feel something almost like hope: it might take us another 120 years, but humanity might begin to plot a course for something better eventually.