I'm excited to be traveling to the Netherlands this week to attend the Comparative and Continental Philosophy Circle at Leiden University, which will take place May 23-25, 2019. Details here.  See also a post I made over at the Indian Philosophy Blog. 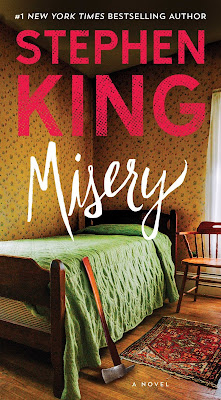 
A while back I started collecting my random thoughts and putting them on my blog. There have been three parts so far (see here, here, and here). And you are now reading Part 4! Enjoy!

In recent months many US states have passed legislation severely limiting access to abortion or making it illegal all together (read about some of this legislation here).  Here are some of my thoughts on the matter.


1.    Abortion is going to happen and has been happening for thousands of years.  I’d rather have it be safe and legal.
2.    Personhood is a super complicated issue. I recently taught a whole class on what it means to be a person.  My own inclination is that an embryo or a fetus does not meet any reasonable criteria for personal identity.  But almost all human beings capable of being pregnant clearly do meet these criteria.
3.    Pregnancy can be dangerous and has vast effects on a person’s body, health, and life.  It usually ends with hours and hours of pain the rest of us can’t imagine.  Nobody should be forced to go through with that.
4.    Pregnancy is caused by men.  It’s weird that people seem to forget that, especially people who like to talk about “personal responsibility.”
5.    Casual denigration of the South is no solution: first, prejudice against the South is dumb and helps nobody, and second, the whole anti-abortion strategy is to use these laws to force challenges in the Supreme Court, so this should alarm all Americans.
6.    It really is about respecting women’s autonomy and recognizing women’s humanity.  The same goes for people who do not identify as women but who can become pregnant.
7.    I tend not to feel or express anger or outrage in conventional ways.  I also have a lot of misgivings about how many people these days express anger and outrage, especially on the internet.  But rest assured that I do feel both anger and outrage about recent restrictions on abortion.  It’s appalling and we should all be working to protect abortion rights.


8.    Fellow men, most of us have not said enough about this or done enough to stop what’s happening.  We can do better.  This is our issue, too.

Four Reasons Why I Love Stephen King’s Dark Tower Series (and You Might, Too) 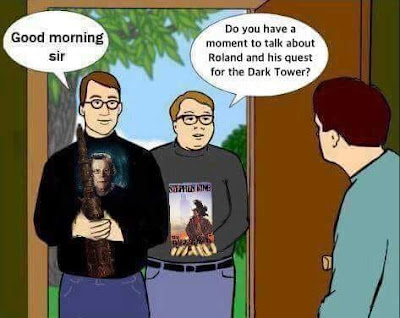 Sometime in the last couple years a strange thing happened to me.  I became a serious fan of a series I had set aside 25 years ago and had always assumed was not my thing.  If you had told me three years ago that I would be writing a post proselytizing the Dark Tower series (see above!), I may not have believed you.  Alas, the wheel of ka turns in unexpected ways.

I read the first two books many years ago in my teens.  The first book is very weird.  I thought it was some kind of fantasy-Western hybrid, which is true but there are oh, so many more layers than these. The second book is less weird, but for whatever reason didn't grab me at the time, although I did remember certain scenes far more clearly than I remember most things I read last week.

Having rekindled my relationship with Stephen King in recent years, having heard from people whose opinions I respect how great the series is, and with the 2017 Dark Tower movie coming out (yeah, I know... but I kinda liked it, anyway), I thought it might be time to give these books another try.  I re-read The Gunslinger and The Drawing of the Three in the summer of 2017 (see what I thought here!), but I wasn't quite hooked.  I wasn't yet, in the common term of palaver, a "Tower junkie."

That happened sometime in The Wastelands or Wizard and Glass, which led me to Wolves of the Calla.  Somehow I waited a few months for the most mind-bending last two books, Song of Susannah and The Dark Tower.  And then I had to read the stand alone The Wind Through the Keyhole.  I put off writing this post for awhile, but now that I've read a few more of King's books with Dark Tower connections (Insomnia and Hearts in Atlantis), it seemed that now is the time.

So, here are four reasons why I love Stephen King's Dark Tower series, and you might, too. 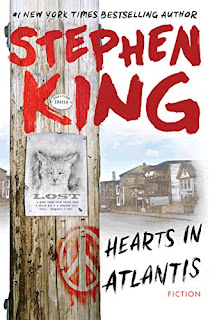 I picked up Stephen King's Hearts in Atlantis because of the Dark Tower connection, but I finished it because it's an engrossing treatment of the American Baby Boomer generation, especially the effect the Vietnam War has had on that generation. (I'm on the younger edge of Gen X myself, so I tend to think sorting people into generations is kind of dumb, but I feel like I gained some insight into Baby Boomers, which is King's and my parents' generation).

Besides, I've become a big fan of Stephen King in recent years and here you see him doing a lot of what he does best: reflections on childhood and adulthood à la IT or "The Body," his patented skillful characterization, and a few weird things just because, well, he's Stephen King.  Hearts in Atlantis is also not a "novel" in any conventional sense: really it's a short novel, a novella, and a few short stories that are linked in ways that are not always immediately obvious.

Post on the APA Blog: Horrific Thoughts: Incorporating Student Film-Making in a Course on Horror and Philosophy 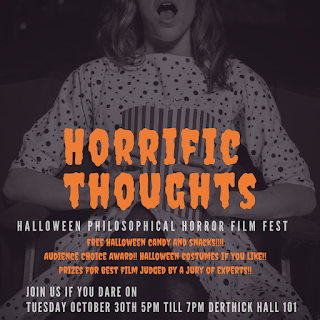 I've recently published something over at the APA Blog with my colleague Studio Librarian Wes Smith.  Here's an excerpt:

Why do horror fans like to be scared? What does horror teach us about the meaning of life (and death)? Is the human condition terrifying? Can horror fiction help us deal with the horrors of reality, past and present, even when it comes to horrors like racism and American slavery?

We are Wes Smith, Studio Librarian, and Ethan Mills, Assistant Professor of Philosophy, both at the University of Tennessee at Chattanooga. Last fall Ethan organized a lower-level general education course called Popular Culture, Religion, and Philosophy that focused on these questions. The course involved a variety of textual sources including Mary Shelley’s Frankenstein, Albert Camus’s The Myth of Sisyphus, W. E. B. Du Bois’s The Souls of Black Folk, and Octavia E. Butler’s Kindred, as well as television and film including Black Mirror, The Thing (1982), and Get Out (2017). Just doing that already made for an odd introductory philosophy course, but then this course also included a unique project: students made their own short horror films.

What are some of the challenges and benefits of incorporating student film-making in a philosophy course?