Time Travel is Hilarious: To Say Nothing of the Dog by Connie Willis 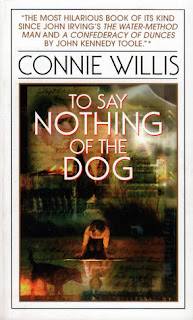 Time travel stories can be mind-bending and thrilling. To Say Nothing of the Dog by Connie Willis shows they can also be funny.

This was my first time reading Willis. I had heard of her, both as a frequent Hugo and Nebula winner but also as an example of a humorous SF writer. I don't think there's enough humorous science fiction out there, so I was keen to check this out.

The basic idea: Oxford historians in the 2050's use time travel to go back to a variety of eras. They can't take any objects back with them or make any major changes to the timeline, but they are able to interact with and observe the past. Given these limitations, time travel has no real commercial applications and is left mainly to historians and wealthy eccentrics. The main character Ned Henry has done several too many "drops" into the past, resulting in excessive "time lag" (sort of like jet lag but funnier). To recuperate and to avoid the overbearing benefactor of the time travel program, Ned goes back to Victorian England in 1888. Of course, it turns out he's actually been sent on a mission to locate a certain artifact, a hideous Victorian monstrosity called the Bishop's bird stump, which they need to replicate as part of the rebuilding of the Coventry Cathedral that was destroyed in WWII. Hijinks and hilarity (and even a bit of romance) ensue.

Summer Movie Round Up, Part 1: Guardians of the Galaxy, Vol. 2, Alien: Covenant, King Arthur: Legend of the Sword 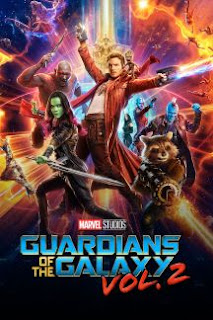 After a mostly terrible summer movie season in 2016, I've been hoping for a better one in 2017.  Early results are showing that we may be in for something a bit better than last year.  That is, at least if the first three summer movies I've seen are any indication: Guardians of the Galaxy, Vol. 2, Alien: Covenant, and King Arthur: Legend of the Sword.

What Counts as a Tradition in Indian Philosophy?: The Case of Skepticism


Scholars of all types of philosophy are fond of referring to philosophical traditions. But what does this mean? What counts as a tradition?

In the Indian context one way to discuss a tradition is with the word darśana, which literally means view or viewpoint from the root “dṛś” – “to see.” It can also be translated as “school.”

We might also look to the etymology of the English word “tradition,” which derives from the Latin “traditio” (a handing down, delivery). Must a tradition be handed down through interpersonal transmission from teacher to student in the traditional Indian model? Or could it be a matter of later philosophers being inspired by reading particular texts, or perhaps some combination of interpersonal transmission and textual inspiration?

Libertarian Lunacy: The Moon is a Harsh Mistress by Robert A. Heinlein 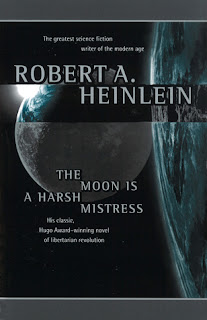 Heinlein has always been my least favorite of the Big Three (my ranking: Clarke, Asimov, Heinlein), but I thought I'd give him another chance.  I checked out The Moon is a Harsh Mistress from the public library, because the thought of borrowing a book about libertarian revolution from my favorite tax-supported socialist institution amused me.  There were some things I liked about this one, but there's also a lot I disliked, especially the misogyny.  The rest of this review will take place in the form of an imagined dialogue with a Heinlein fan, because that's how I was able to work out what I thought about this one. 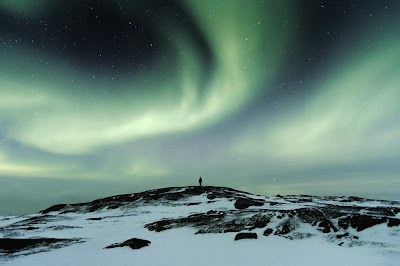 How do you get the philosopher off your porch?
Pay for the pizza.

Jokes like this demonstrate the eternal verity that philosophy is useless, an attitude that goes back to ancient times.  As a person who makes a living teaching and writing about philosophy, you’d expect me to disagree with this negative assessment of philosophy.  And I do!  Back in 2015 I wrote a post called “Three Uses of Philosophy” that suggested philosophy has at least three uses: it can be fun, it cultivates intellectual skills such as critical thinking, and it can make us less dogmatic.

I happen to think that philosophy has lots of uses, a lot more than three, anyway.  So I decided to make a series based on my earlier post.  Another use occurred to me a few months ago when I was teaching the 17th century Dutch philosopher Baruch Spinoza in one class and the classical Indian skeptics Nāgārjuna, Jayarāśi, and Śrī Harṣa in another.  I call this coolness of mind, a state in which your worries melt away, a freedom from the heat of mental disturbance and the churnings of suffering and anxiety.  Coolness of mind contains a subtle and peaceful beauty of its own, like the quiet of the desert just before dusk or a moonlit midnight after a gentle snowfall.