Here are mini-reviews of some interesting but unpopular movies that I’ve seen recently. 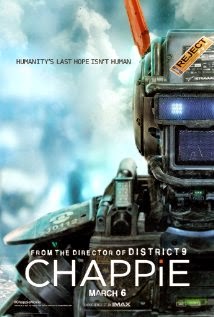 Chappie is directed by Neill Blomkamp, who also directed the just okay Elysium and the excellent District 9.  As was the case with my recent defense of Jupiter Ascending, I like another movie most other people don’t like (it has a 30% favorable rating on Rotten Tomatoes).   I think part of people’s dislike is that Chappie himself is a loveable robot and these days people like their artificial intelligence menacing and threatening the human race with annihilation (there’s another Terminator movie coming soon, not to mention last year's half-awful Johnny Depp movie, Transcendence – the second half was awful, but I liked the first part).  I, however, think Chappie’s loveableness is a strength.  What reason do we have to think that AIs would be out to harm us?  And even if they did, could you blame them if we treated them the way most humans treat poor Chappie? Two of the characters are played by a crazy duo that make up the South African band Die Antwoord, which provides some of the music and is apparently a thing I’m not hip enough to know about.  Plus, you get to see Hugh Jackman as a complete asshole Australian. 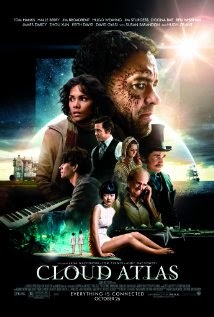 Speaking of Jupiter Ascending, this is another Wachowski movie that wasn’t terribly popular.  I was seriously impressed.  There are six flawlessly interweaving stories from the 19th century to the distant future, each raising the question: Are we humans doomed to repeat the domination of some groups by others, or could we learn to live together in peace and justice?  I don’t think you have to accept the literal reincarnation motif for the story to work, since the recurrence could be genetic or memetic without involving the same numerically identical people.  Some of the race and gender switching with the same numerically identical actors was a little odd, especially the white actors made up to look East Asian (I initially thought they were supposed to be genetically engineered mutants or something).  The movie makes me want to read the David Mitchell book (Mitchell, like Margaret Atwood, is one of those “mainstream” authors that writes science fiction that Literature snobs will read while simultaneously turning up their noses at science fiction). 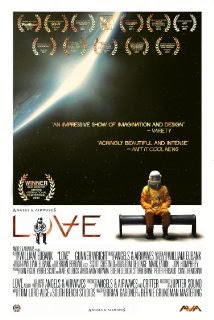 I think I liked this movie.  I can’t tell if I watched it too late at night or if it was just a little too slow (maybe some of both).  It has an interesting premise: an astronaut is stranded on the International Space Station while all hell breaks loose on Earth.  Then some aliens show up.  Oh, and some of it takes place during the American Civil War.  As with Chappie, there’s music by a band I’ve never heard of (this one is called Angels and Airwaves). 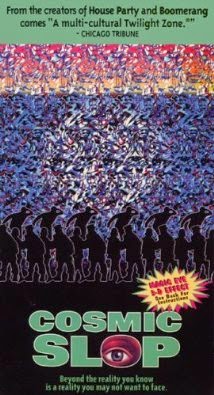 I recently read the short story that the first of three stories in this film is based on (“The Space Traders” by Derrick Bell, in which aliens tell the US President that the country can have fabulous technology and riches in exchange for all black people in the US).  A friend recommended this movie after reading my review of Dark Matter (an anthology that contains Bell’s story).  The movie is weird, but you’d expect nothing less from a 1994 HBO movie with George Clinton’s floating head as the narrator.  It may be hard to find, but it’s worth it.  I got it on VHS through my college library’s Inter-Library Loan service (Go, Librarians!).  Yes, I still have a VHS player and remembered to be kind and rewind.
Posted by Ethan at 11:47:00 PM