Eurocentrism as Political Correctness: A Response to Nicholas Tampio 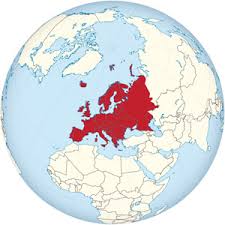 Eurocentrism has been in the news lately.  In July US Congressperson Steve King made comments downplaying the cultural contributions of non-white, non-Western "subgroups." (Thus demonstrating that he's scarier than that other Stephen King.)

Last week there was a call from political science professor Nicholas Tampio to narrowly define philosophy as a discipline responding either directly to Plato's Republic or at least part of a self-consciously Socratic-Platonic tradition of inquiry (I recommend reading his essay, "Not All Things Wise and Good Are Philosophy," for yourself here).  Tampio was responding in large part to a piece from Jay Garfield and Bryan Van Norden called "If Philosophy Won't Diversify, Let's Call It What It Really Is."

I find much of Tampio's essay to be either plain wrong or downright odd.  Before I explain why, however, let me begin by trying to define some key terms (something philosophers around the world have been doing for thousands of years).

In a post called, "The Depth of Eurocentrism," I defined eurocentrism as...

"... the privileging of the idea of Europe, its history, culture, languages, literatures, philosophies, religions, and so forth."

In that post I also applied eurocentrism to science fiction, but in the rest of this post I'm going to focus on philosophy both as an idea and as a discipline.

In a post called, "Has Political Correctness Run Amok?  Does It Exist?," I asked a lot of questions that I wasn't able to answer.  So I'm not going to define political correctness, because I'm not entirely sure anyone actually knows what it is (this being the internet, I wouldn't be surprised if some anonymous commenter tells me).

Part of my reason for making this outrageous claim is, I admit, to spark some interest with a controversial-sounding headline.  In doing so, however, I may be doing the anti-PC crowd a favor, since many of them seem to enjoy being outraged (somewhat ironically) while they chastise others for being so easily outraged.

I do have a deeper reason for making this claim, which I will explain at the end.  I promise.

(For the record, I have no idea what Nicholas Tampio thinks about political correctness, but that's beside my point here).

There have already been some excellent responses to Tampio's article.  See this collection of tweets from Bryan Van Norden (one of the authors of the piece to which Tampio is responding) that offers some education about Chinese philosophy.  See also this post on the Feminist Philosophers blog by Amy Olberding as well as her almost sentence-by-sentence response to Tampio on her personal blog.

I personally found Tampio's article so filled with oddity and plain errors that I could easily write a paragraph or two responding to each sentence.  Olberding has already done something like that, and she did it better than I could, so I'm just going to respond to a few of the more confusing and/or erroneous aspects of the article.

Tampio starts by telling the reader that he has published on Islamic political thought.  This seems like a nice way to inform us that he's not a cultural chauvinist, which makes the rest of the piece all the more bizarre.  He inconsistently refers to the Islamic stuff either as "thought" or "philosophy" throughout the piece.  This would seem to undermine his thesis unless there's some subtlety there I didn't catch (perhaps that ibn Sina and al-Farabi are "philosophers" while al-Ghazali is a "thinker," but then there are at least two philosophers in the Islamic tradition...).  The rest of the introduction paragraph nicely sets out his thesis, strange as it may be.

Then we're presented with perhaps the strangest and most obviously erroneous claim:

Nobody believes this.  Even Aristotle said that philosophy began with Thales in the 6th century BCE (Thales was apparently lambasted for being useless, which I'm inclined to take as evidence of his membership in the philosophy club).  Even if you were to discount the Presocratics and, well, Socrates himself, the Republic is usually classified as one of Plato's middle dialogues.  Does Tampio mean that Euthyphro and Apology aren't really philosophy?  Also, while the Republic is justly praised as a great work of philosophy today (there's even a series of science fiction books about it!), it wasn't really until the 19th century that most people came to see it as Plato's magnum opus.  There are some more odd claims about Plato, like the claim that anyone who uses the word "idea" is evincing their Platonic heritage, but I'll chalk that up to the fact that Tampio is in political science and not a Plato scholar.  Let's move on to a strange paragraph.

"I am wary of the argument, however, that all serious reflection upon fundamental questions ought to be called philosophy. Philosophy is one among many ways to think about questions such as the origin of the Universe, the nature of justice, or the limits of knowledge. Philosophy, at its best, aims to be a dialogue between people of different viewpoints, but, again, it is a love of wisdom, rather than the possession of wisdom. This restless character has often made it the enemy of religion and tradition."


I suppose that's a good thing to be wary of, especially since I doubt there's a non-circular way to define philosophy as reflection on fundamental questions (i.e., "fundamental" = "philosophical").  I also think philosophy can be humorous, but I take it "serious" here means something like rigorous or sustained (Zhuangzi and Jayarāśi show us that philosophy can occasionally be both humorous and rigorous).

It's odd that philosophy is "a dialogue between people of different viewpoints" when the whole point of this article is that many of those people shouldn't be considered philosophers, a point that Olberding makes better (and more humorously) than I.  I wholeheartedly endorse the idea that, at least etymologically speaking, philosophy is the love of wisdom rather than possession of it.  One would hope this would result in some intellectual humility when it comes to what the love of wisdom might be and where one might find it.

I'm a bit dubious about the idea that philosophy has "often" been the enemy of "religion and tradition," at least in the eurocentric way Tampio seems to intend.  I love teaching Plato's Socratic dialogues.  Every time I do, I become more confused that so many irreligious champions of reason today take as their hero a man who heard voices and repeatedly claimed to be on a mission from a god.

While I am not a religious person myself, I don't think it's particularly wise to discount possible sources of philosophical illumination just because they're tainted by "religion."  If you did so, you'd have to throw out almost all of Western philosophy before the 19th century.  Even the Greek and Roman Skeptics said you should follow local religious customs, and the Stoics had theological beliefs.  Descartes and Kant talk about God more than most classical Indian philosophers, even those few who do believe in a creator deity.  It's fun to imagine what the irreligious and materialist Cārvākas of ancient India would have said about Plato's metaphysical dualism, mysticism, and belief in reincarnation--it would make for an interesting challenge to religion and tradition!

All of this makes me suspect that people with eurocentric conceptions of philosophy sometimes don't understand the history of Western philosophy as well as they claim to.  And most fare much worse when it comes to understanding the traditions they disparage as non-philosophy.

As critical as I'm being of Tampio, I am glad that he's familiar with Islamic philosophy, er, thought.  (On that point, I see no reason to say that al-Ghazali isn't a philosopher in some sense even if he denies being one in a very particular sense, maybe the same way that Sextus Empricus, Nāgārjuna, or Zhuangzi can be philosophers even as they're deeply critical of almost everything their fellow philosophers have to offer).

When it comes to Chinese philosophy, Van Norden and Olberding, who are experts, have already done more than I could to correct Tampio's errors.  I will add that cherry-picking one quote from Confucius to disparage an entire 2,500-year-old tradition (as Antony Flew did decades ago) would be much like looking at Heraclitus's fragment that donkeys prefer rubbish to gold and saying, "Well, these Western people don't really do philosophy... I mean, that's not an argument, and I can't figure out what it means because it doesn't trace itself back to Mencius's conception of benevolence."


"But demanding that philosophers treat al-Ghazali or Confucius as one of their own is unreasonable, and provides ammunition to people who are ready to banish philosophers from their midst."

His idea is that articles like Garfield and Van Norden's are giving ammunition to short-sighted university administrators and politicians like Marco Rubio (who fallaciously argued that we need "less philosophers").  Whether such people are looking at the philosophy series of the New York Times website for reasons to reduce or eliminate philosophy departments I can't say.  What's odd about Tampio's claim, though, is that he seems more concerned about the fact that people might point out the eurocentrism of academic philosophy than whether this might be true or worth changing or, more importantly, if making philosophy less eurocentric might actually help it survive.

Just as marriage is a cross-cultural idea even though there are different words for it in different languages and differing conceptions of it in different cultures, so can "philosophy" exist in more than one cultural tradition without being exactly the same thing in each tradition.  It's a family resemblance term, something some European thinker used to talk about.

Does this mean that I have a definitive definition of "philosophy"?  No, and like Olberding says in her reply to a comment from Tampio, that's part of what's fun about philosophy.  But whether we answer that deepest of metaphilosophical questions or not, if we follow Tampio's advice and "Let philosophy departments evolve organically..." the discipline may eventually become less eurocentric on its own, which would in turn make philosophy more adaptable to the increasingly pluralistic global culture of the 21st century.  A cross-cultural philosophical education might lead philosophers to understand what Buddhist philosophers have been saying for millennia: nothing lasts forever.  Not even eurocentric conceptions of philosophy.
Posted by Ethan at 11:39:00 PM