Was Social Media a Huge Mistake? 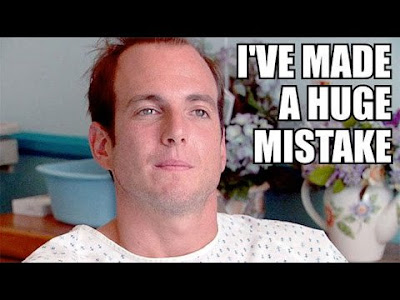 Was social media a huge mistake?

This is a question I’ve been thinking about a lot lately. From large scale harms like the propaganda machines of Russian troll farms to smaller issues like the way random acquaintances treat each other on your Facebook page, it seems that social media was maybe a colossal mistake on the part of humanity.

I’m not saying social media is all bad. If it weren’t for Facebook, I’d have lost touch with a lot of friends over the years. Twitter has connected me with philosophers around the world. And of course there was plenty of propaganda and rudeness long before social media.

My concern isn’t so much that social media makes new bad things. Humans have always been intellectually and morally fallible. My concern is that it exacerbates our weaknesses in a deeply unhealthy way.

Logical fallacies like Ad Hominem, Tu Quoque, Strawman, Red Herring, Appeal to Popularity, Appeal to Authority, and No True Scotsman frequently pass for good arguments. And social media algorithms and click bait headlines deliberately exploit all of this to keep us clicking, liking, and sharing too quickly, long before we have time to digest or examine anything philosophically. (Indeed, I suspect philosophical thinking is too slow for social media, although a lucky few on philosophy Twitter may be exceptions.)

Social media also exacerbates our moral weaknesses, especially when it comes to engaging with others respectfully. I have seen Facebook groups dedicated to a film or author degenerate into political mudslinging and name calling because one person mentioned a mildly controversial issue. And, of course, there was the whole debacle of the 2016 US Presidential election.


Some notifications fill me with dread about what sort of shit show I will encounter by clicking on them. I find myself self-censoring what I post and to whom. Even just a few years ago I was naïvely Socratic on social media, willing to engage in long discussions with just about anyone about just about anything. But these days I’m far more likely to walk away from a social media discussion at the first hint that it’s turning unproductive. I don’t do a lot of blocking or unfriending, but I completely understand that that’s a legitimate tactic.

Probably the main moral problem with social media is that it’s basically anonymous. Even when you do know the other person in real life, they’re not standing in front of you. Most adults know better than to be intentionally cruel or rude to people without a really good reason, but somehow this lesson is more difficult to remember when staring at a screen rather than a human face.

Rather than working through these feelings in a socially and psychologically constructive manner, social media encourages a type of rudeness and disrespect that most people would abhor in a face-to-face encounter. Sometimes rudeness may be morally required, but as Amy Olberding has so eloquently argued recently, rudeness and lack of civility are almost always moral failures and never quite as righteous as many seem to think (I really recommend reading Olberding's post for yourself).

Ultimately the idea of avoiding social media is a lot like people who say they’re “not political”: for most people these are fantasies that end up doing more harm than good. Instead, I prefer to be on social media but to use the experience to imagine what it would look like to enact the role of a person who is kind and thinks carefully.

Such a role seems to have gotten harder to play in recent years, both on social media and elsewhere. And there’s less of a separation between one’s social media persona and one’s real persona (if there is such a thing) than ever before. Yet I think this makes kindness and careful thought all the more important wherever we can find them.