Thales, the putative first ancient Greek philosopher, is alleged to have accurately predicted an eclipse in 585 BCE. If I'm doing the math right, this was 2,600 years ago this year. (If you’re not impressed, let’s see you do better in 585 BCE!).

My favorite Thales story, though, is about his reaction to people who said that philosophy is useless. He made a bunch of money renting out olive presses and in doing so "he proved that philosophers can easily be wealthy if they wish, but this is not what they are interested in" (from Aristotle's Metaphysics 1259a9-18). 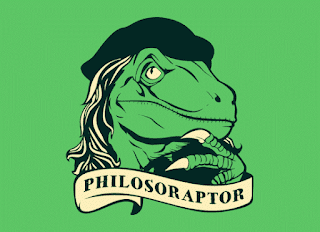 I make a modest living teaching philosophy, but I could make a lot more money doing something else – banking, engineering, business, renting olive presses, etc.

Elsewhere I’ve argued that money is 21st century America’s hyper-value, a value that trumps all other values.  We admire shrewd business people and visionary entrepreneurs.  Nobody says Bill Gates was wasting his time creating Microsoft, because Microsoft makes a lot of money.

Thales could have been the Bill Gates of the 6th century BCE Mediterranean olive press market, but he chose to do something else. This prompts the question people have been asking for at least 2,600 years: Why would anyone choose to spend time on philosophy?

Nobody says that medical school is a waste of time. Consider how odd this joke sounds when you replace "philosopher" with "medical doctor": “How do you get the medical doctor off your doorstep? Pay for the pizza.”

But here’s the thing about medical doctors: every single one of them is a failure. Think about it: their goal is to preserve life, but 100% percent of their patients will die! Maybe philosophers are actually more successful: medicine can save your life (for awhile), but philosophy might help you decide what to do with it.

Okay, I don’t actually think medical doctors are failures. To think so rests on a mistaken assumption. So does the idea that philosophy is useless.

Philosophy is perceived to be useless not just because it doesn’t pay in money, but because it doesn’t pay in answers. However, this assumes that money or answers are the only possible uses of philosophy, just as the idea that medical doctors are failures assumes that preserving life at all costs is the only use of medicine. And one of the most useful lessons of philosophy is that we ought to question our assumptions. 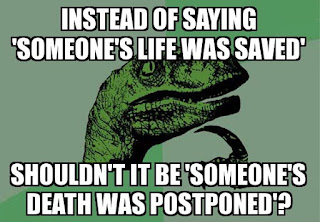 So if philosophy doesn’t give us solid answers, what’s the point? Here are three suggestions.

Use #1: Philosophy is fun

Philosophy may not be a kind of fun that can be appreciated by everyone to the same degree. I don’t appreciate the fun people claim to have while running long distances, but I appreciate that some people do. Being fun isn’t of course a sufficient reason for engaging in an activity (a serial killer might think murder is fun, but this doesn’t condone murder).

Still, in so far as philosophy is generally less harmful than dangerous drugs or activities that hurt other people, it’s not inherently any worse than playing chess or doing crossword puzzles. (See this post from the Daily Nous for an interesting inquiry on whether philosophy could be harmful).

As I try to show on this blog, philosophy is often fun when you find it in something you love – like science fiction!

Contemplating difficult metaphysical systems such as those presented by Spinoza or the Buddhist Abhidharma philosophers can be fun, but it also stretches one’s intellectual imagination far beyond where most everyday activities take it (and science fiction can do the same). If you can stretch your mind enough to make sense of Spinoza or Abhidharma, you may be more likely to imagine solutions to problems in more down-to-earth areas like engineering or politics. As contemporary philosopher Mary Midgley argues, sometimes philosophy can be a kind of conceptual plumbing that uncovers problems deep within our cognitive infrastructure. 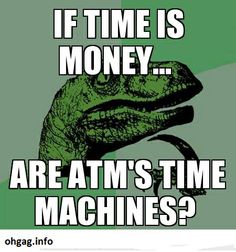 Use #3: Philosophy can make us less dogmatic

Philosophy can sometimes make people more attached to their beliefs, often in an obnoxiously snobby sort of way. This is the disease that ancient skeptics attempted to treat.

David Hume saw that a proper appreciation of skepticism can make us less dogmatic and more intellectually humble. As Hume scholar Robert Fogelin says, “For Hume, doubts raised in the study can, though with diminished force, be carried out to the streets, where they can perform the useful service of moderating dogmatic commitments. In this way, skeptical doubts can be used to curb what Hume refers to as ‘enthusiasm’ – what we now call fanaticism” (Walking the Tightrope of Reason, p. 167-168).

Skepticism about getting the answers isn’t a reason to abandon philosophy and life; it’s merely a reason to do philosophy and everything else non-dogmatically, to realize that we might be wrong, even about our most cherished beliefs. Many people see this as a threat to their comfortable lives of cozy, certain belief, but I think this realization liberates us from ideological prisons consisting of what Buddhists like Nāgārjuna call “conceptual proliferation.” Philosophy sometimes constructs dogmatic prisons, but it can also deconstruct them.

There are probably other uses of philosophy. I’d love to hear from you about what they might be! Let me end with Bertrand Russell who said it best 103 years ago:

Philosophy is to be studied, not for the sake of any definite answers to its questions, since no definite answers can, as a rule, be known to be true, but rather for the sake of the questions themselves; because these questions enlarge our conception of what is possible, enrich our intellectual imagination and diminish the dogmatic assurance which closes the mind against speculation… (The Problems of Philosophy, p. 161)