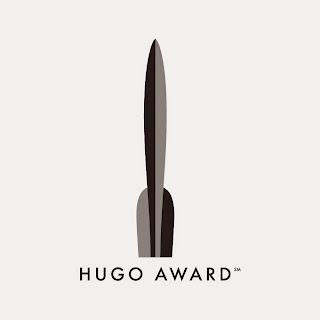 This year's voting for the Hugo awards is due on July 31, 2018, which means (as usual) that I'm scrambling to read as much as I can before the deadline.  So far I've read enough of the novel and novella categories to come up with a ballot.  You (yes, you!) can still sign up to vote with a supporting membership even if you aren't going to San José, CA for Worldcon.  Sign up here.

Last night I took a break from reading one of the novella finalists, JY Yang's The Black Tides of Heaven, and had a look at Twitter.  Yikes!  It turns out that the Worldcon website had misgendered a a panelist and Hugo finalist, some Hugo finalists were not on the program or barely on it, some incredibly rude and dismissive emails were sent in response to reasonable queries, and more.  You can read more about the controversies on one of the Hugo finalists for Best Fanzine, File 770.

As someone who is planning to participate in Worldcon this year (on the academic track, where things run a bit differently), I'm not sure what to do.  In the meantime, if you want to do an academic track talk and didn't get on the program, let me know.

However these controversies play out (and it seems like at least some of the Worldcon people are working to address the issues), I'm definitely going to vote for the Hugos.

Last year I came up with Three Principles of Hugo Voting.

I also pointed out that, as with Asimov's three laws, it may not be possible to apply these without contradictions.  Also, I've loosened up on the bias against sequels (at least if I liked the first one).

So here we go!

Arguably the most important category.  This year there were some solid finalists, but nothing that I felt necessarily went far ahead of the pack   I also happened to have read some of them over the course of the year, which gave me a false sense of completion that made me put off cramming for the Hugos until way too late this year.  Here are my rankings.

The novella renaissance, led by Tor.com publishing, is still in full swing. Here's what I thought about this year's excellent finalists.

3.  The Black Tides of Heaven, by JY Yang (Tor.com Publishing)

Unranked: Down Among the Sticks and Bones, by Seanan McGuire (Tor.Com Publishing)

So there you have it.  Stay tuned for the rest of my ballot in a few more parts!  And if you're inclined at all to vote yourself, please consider signing up to do so!
Posted by Ethan at 9:58:00 AM