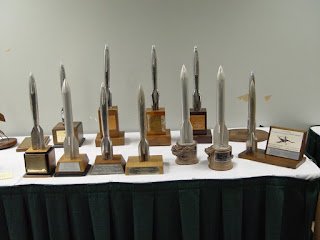 Check out my 2018 Hugo Ballot, Part One to see what I had to say about the categories for novel and novella.  In this post I'm moving on to novelette and short story.  One of my favorite things about voting for the Hugos (which you can do, too!) is that it exposes me to new things and keeps me something like up-to-date with the SFF field.  This is especially true with the short fiction categories as I don't read nearly as much short fiction as I ought to.  So, thanks, Hugo awards!  There's some really great stuff this year!

Novelettes are a nice length: long enough for some real development, but short enough to be easily read in one sitting.

Short stories are a challenge both for the reader and the author: How to squeeze a whole story in a just few thousand words or less?  This is especially pronounced in science fiction and fantasy where, in addition to plot, character, ideas, etc., you have to construct a different world.  Here are some authors that succeed in doing all of that!