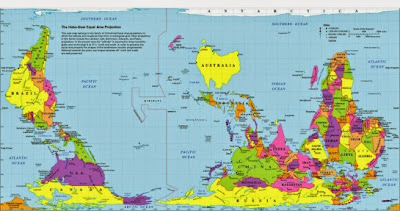 If you come here for the science fiction or you aren't an academic philosopher, you may be surprised to learn that the academic discipline of philosophy is extremely Eurocentric. I've discussed this odd state of affairs on the blog before (for instance, here and here).


Over at the philosophy blog Daily Nous, the discussion of whether philosophy should try to be more inclusive came up yet again this week in a post called "End Philosophical Protectionism," which is in turn based on an interview with my friend and colleague Anand Vaidya at 3:AM Magazine. And, as prophesied by Amy Olberding in an earlier post, the discussion in the Daily Nous comments section quickly took on some familiar beats.

Against my better judgment, I dipped my toes into the comments section.  As I read the comments, it occurred to me that maybe before the next one of these discussions takes place, we might stop to think about some things (we are, after all, philosophers!).  Maybe it's worth rethinking about some presuppositions and unquestioned assumptions that serve to make the familiar beats so annoyingly counter-productive.  To help, I came up with the following "Pre-Prolegomena to Future Discussions of Including Non-Western Philosophy in the Curriculum."  Enjoy!  Feel free to add your own pre-prolegomena in the comments.  (And thanks to Anand Vaidya, Amy Olberding, and Justin Weinberg for inspiring this post!)

1. What do you see as the point(s) of philosophy? Of philosophy education? Obviously these are contentious issues, but could it be that participants in these discussions are so far apart on these questions that discussions might be served by spelling out, in brief, some of what one thinks?

3. Is the concept of being “philosophically interesting” something other than a fancy way of re-stating one’s personal intellectual tastes? If so, can this concept be articulated with anything resembling the rigor some people expect from philosophers?

8. Is there a salient difference between a suggestion that the discipline as a whole find ways to be more cross-cultural and some sort of requirement or expectation that each and every member of that discipline radically alter their research and teaching to be more cross-cultural? What do you think proponents of non-Western philosophy are asking for? Have you asked them?

10. Is it possible to like, research, and teach more than one tradition of philosophy? What do we mean by a “tradition” of philosophy, anyway? How do you define “the Western tradition”?

11. Should one make vast pronouncements about the essential properties of entire philosophical traditions? Is asking for encapsulations of non-Western traditions any more sensible than asking, “What is Western philosophy about?”

12. Is it possible that you don’t know what you’re talking about when it comes to some particular tradition? Is it possible that some of what you do know is filtered through harmful, outdated stereotypes or mistaken assumptions? How would one put such stereotypes or assumptions to the test? Is admitting one’s ignorance the first step to education? Is it good to be intellectually humble?