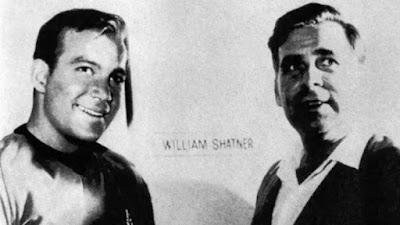 Today William Shatner took a trip on a Blue Origin rocket, and I had some thoughts about it and wrote some of them down in my pandemic journal as I was procrastinating doing the stuff I was supposed to be doing this morning. To be more honest than you're supposed to be at the beginning of a post like this, I have to admit I'm not sure what Gene Roddenberry would think about today's events. I never met him while he was alive, and I'm not as familiar with his biography as I'd like to be, but he did create Star Trek as an unabashed post-scarcity socialist utopia, so that's in the background of my thoughts. This question seemed to me like a catchy way to think about space travel, Star Trek, the Overview Effect, where we are as a global society, and where we're going. So here you have it...

Somehow I doubt Gene Roddenberry would be completely excited about the world’s #2 mega-capitalist sending William Shatner on a prohibitively expensive joyride into maybe-not-quite-space for three minutes in 2021 after we’ve already had 60 years of spaceflight. I’ve always been ambivalent-to-negative about private space flight, but as a Star Trek fan this seems particularly offensive to everything Star Trek stands for.

At least MSNBC is interviewing former NASA astronauts including Mae Jemison (!), who are bringing up issues of safety and lack of regulation of private space flight. So there are some critical voices.

But aside from betraying the Star Trek vision, there’s something just really sad about being expected to be excited about a lesser achievement by lesser leaders for lesser reasons. On the other hand, I have nothing but respect for the scientists and engineers working hard with what they have to hopefully eventually (as the pro-private space flight arguments go) to make the benefits of space travel more accessible to humanity in the long run. [Edit: here's a post I wrote in 2019 about why space travel might be worthwhile for humanity in light of the 50th anniversary of the moon landing].

So maybe we’re in the really shitty part of history that has always been part of the Star Trek canon. It’s what humanity goes through to get to the Star Trek future. As shitty as things are in our 2021, they’re worse in the Star Trek future history, that is, 2021 in history from the perspective of Star Trek characters (see here for a Star Trek history of the future).

If all of this 21st century dystopia leads to a future free from hunger and poverty where everyone’s needs are met so we are free to explore space and ourselves, well, I’d like to be part of making that happen. But let’s try to avoid World War III in 2049, okay?

I watched the launch itself, and it seems to have gone well and the passengers are safe. It was really cool to watch, I have to admit, but it still feels like a pale imitation of the excitement of NASA launches in terms of goals and means. Sure, at the height of the Cold War, NASA was propaganda for the US government, but they at least had nobler aims mixed in there somewhere (as, to be fair, I’m sure most of the Blue Origin team does, too).

Also, MSNBC is branding this as part of “The New Space Race” on a banner on the screen. Ugh. I mean, I guess it is in some sense, but that’s just sad.

Not only did Shatner survive, now he’s talking to Bezos with great emotion about the line between atmosphere and space, life and death, and how the experience transformed him. I find it’s hard to be cynical about that experience, but it would be nice if it really were more accessible for others. Maybe it will be someday. I just wonder if hyper-capitalist mega-barons are really the way to get there.

And now MSNBC is talking about how putting William Shatner on the flight was “marketing genius” for Bezos, and I find my cynicism has returned.

Still, I found myself moved by Shatner’s words, the same way I’ve been moved by more traditional astronaut’s descriptions (see this piece on the Overview Effect or this one from Eclectic Spacewalk).

Luckily I don’t think you have to go to space (or thereabouts) to have this sort of experience. Philosophy can get you there, I think, as Buddhists, Stoics, and others have been doing for thousands of years, but maybe it’s not the same. I don’t know. I’ve never been to space, and will almost certainly never be able to afford a ride with Blue Origin.

I have a lot of thoughts about this apparently. But just like the disputed definitive line between Earth and space, I’ll probably never decide exactly what I think. 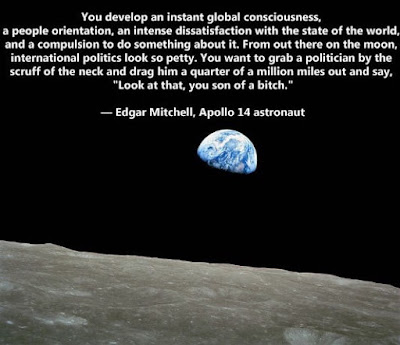