The Most Wonderful Time of the Year: Getting Ready for Star Wars! 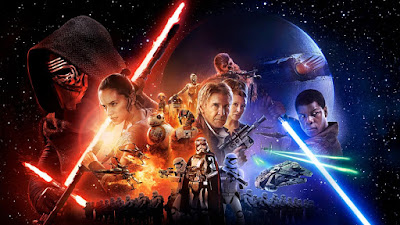 It's the most wonderful time of the year!  Like many fans, I have a ticket to see Star Wars: The Force Awakens tonight!  To prepare for this blessed holiday, I have been watching the original trilogy. 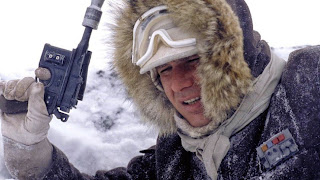 In watching The Empire Strikes Back, I was reminded of this post from several months back: "The Dress: Episode V - Han Solo's Jacket."  It turns out that science fiction fans have their own version of that dress that destroyed the internet in February of 2015.  In the Hoth scenes, there is some dispute about whether Han's jacket is brown or navy blue.  On my TV last night it looked brown to me, but now in this picture it looks navy blue.  Go figure.

But as I argued about the dress, this brings up interesting issues about philosophical skepticism.  Why do people get so dogmatically attached to their beliefs, especially when those beliefs often seem so precarious?  Why do people get so worked up about whether Han shot first or whether Jar Jar is a Sith Lord?

Whatever the answers to these philosophical quandaries might be, I am extremely excited to see what dogmatic beliefs people will get worked up about after watching Star Wars: The Force Awakens!
Posted by Ethan at 9:46:00 AM